0
was successfully added to your cart.

Are you ready to step into your power and embrace joy?

Are you ready to embrace your most Authentic Self?

Are you ready to inspire the birthing of your True Self? 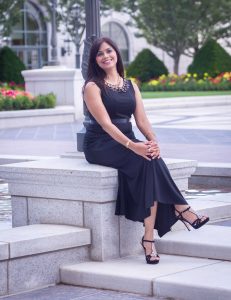 Many years ago, I worked as an Assistant Clinical Psychologist in Oxford, alongside some of the best psychologists in the areas of mental health and learning disabilities.  I had entered this profession with the hope of gaining a better understanding of human suffering and finding ways to help people heal and reclaim their lives.  However, I became extremely frustrated at modern medicine’s attempt to help people.  It seemed to me that conventional medicine and therapy could only help people manage and control their physical symptoms, but I saw no shift in the core cause of the suffering.

According to modern medicine, human beings are defined as three-dimensional objects that begin and end with our skin. In other words, just a set of bio-chemical processes and therefore when something breaks down or doesn’t function properly, we need to treat it with drug therapy.

However, studies in Consciousness and Quantum Physics lead us to see that we are not just physical beings and that we also have an emotional, mental and spirit body.  Therefore, all human suffering can be viewed as an unalignment of consciousness.  From this perspective, conditions such as anxiety and depression can be viewed as symptoms of a wider problem, rather than the result of neurochemical imbalances.

I’m Meera Jain and I help others go from broken to whole through deep transformation work, so they can be aligned to their deepest truth.  I have developed a unique breakthrough therapy that has the potential to move any person through their internal and external conflicts (including anxiety and depression) and transform this easily and quickly.

About 13 years ago, after suffering a very painful experience, my life became filled with stress and turmoil.  My career had come to an abrupt end.  I had money issues.  My relationships were falling apart.  My physical health was struggling, and my emotions were overwhelming.  My typical day would fluctuate between anxiety and depression.  There seemed to be nothing in between and the idea of ever finding any peace or happiness in this lifetime seemed like an impossible dream.

I set off on a journey to heal myself.  I saw both psychologists and healers.  I read every book I could get my hands on, and while I had learned a huge amount about myself and all the negative patterns and limiting beliefs that were the source of my suffering, I had only scratched the surface in terms of my personal healing. The anxiety and depression were still there – sometimes I did well to manage and control them and sometimes, all hell broke loose and I would have a complete meltdown.  As I looked at all the people around me, who were also on the same journey into personal healing, I noticed that they were all struggling to maintain true and lasting transformational change too, even though they were attempting to do all the right things, just as I had been.  This was incredibly disheartening.

I finally decided to turn inwards and begin trusting my own inner guidance, where I was led to start integrating two fields I had mastered individually – depth psychology and subtle energy.

As I sat in meditation (something I had learned to do well), an image began to appear to me.  My first instinct was to doubt myself.  I thought, ‘it’s not real’.  But, I had learned to trust my intuition and ignore the doubting mind.

As the image became clearer, I felt discomfort and anxiety arise inside me.  I felt an urge to exit out of this image because it was uncomfortable.  But, all my meditation training had taught me to stay and sit with the discomfort.  So, I did.

The image became very clear. It was me – a younger me and she was in deep pain and suffering – endless tears just rolling down her cheeks.  I recognized her to be that part of me that felt she did not have a voice and no one heard her.

It was as if we were having an intuitive dialogue.  The pain and suffering I could see in her face could be felt inside my body.  It was extremely uncomfortable.  At the same time, I began to see all the places where the energy of ‘not having a voice and feeling that no one heard me’ was stuck in my energy body.  I began to pull the energy out of my energy body and transform it, as my training in several different advanced subtle energy healing systems taught me.

Soon, the younger me in my imagery stopped crying and then she was smiling.  That day, I healed a part of myself.  As the weeks went by, I noticed a shift inside of me. The process was also addictive because it created big positive shifts, so I would prioritize working on myself each day to see what else I could heal and transform.

Being someone well versed in Archetypal and Jungian Psychology, I understood how different parts of the psyche behaved and interacted with one another and the practical application of this excited me. This was the beginning of what I call ‘Energy-Based Psychotherapy’.  As I explored this way of working with the unconscious mind, new techniques and processes intuitively came to me.  I experimented with them to see what worked and what didn’t.

I wake up every morning excited about life and feel naturally peaceful without any effort.  I love my life and find myself surrounded by loving and nurturing relationships.  I enjoy many moments of joy and happiness and am utterly passionate about sharing the processes that I was intuitively guided to use on myself for healing with others.

Over the last few years, the processes I started out with have evolved hugely and the results are nothing short of profound.  If there is one thing I know how to do well – it is to create personal transformations!!

If what I am talking about resonates with you, I invite you to schedule a call with me to discuss how I may be able to help you.

To Explore How I Can Help You